Made in USA with Imported Pistachios

Bologna Italy is famous for its Mortadella, and one taste and you will see why this old family recipe has taken over the USA!
Fortuna's newest made-in-the-USA mini mortadella: PICCOLO MORTADELLA with imported pistachios.
A creamy texture and loaded with lardo and pistachios, this is sure to become one of your favorites - it has with Patti!

Have ordered this before and never disappoints, the flavor is amazing, thanks so much!

HOW TO EAT IT

Personally I like it sliced thin or cubed and eaten plain, or stacked on Italian bread - either way, it is delicious! Also works as a great appetizer cubed and served with cheese.

No refrigeration needed during shipping, refrigerate upon arrival. Ships ground 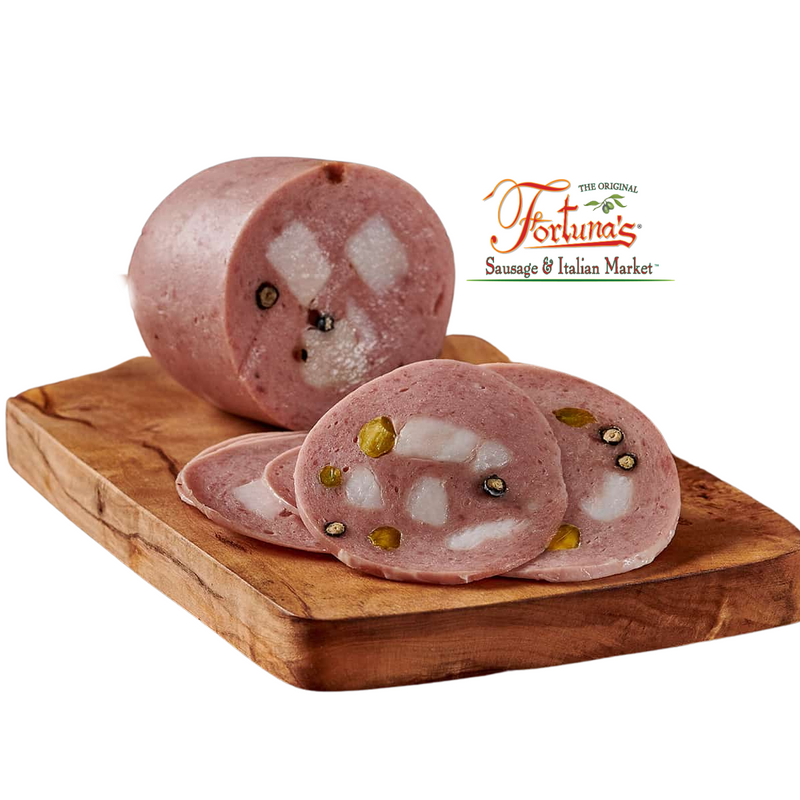